When you know, you know. And we know, so we've come up with 17 surefire signs you're with the one you're going to marry

Getting married isn’t an everyday occurrence. It’s seriously special to find the one you want to spend the rest of your life with and to celebrate that with a wedding. We’ve rounded up 17 signs you know you’ve found the one.

Now all you need is to get them to propose!

You’re Proud of Each Other

Your friends think it’s great that he’s beaten his personal best at the gym, but actually they’re dying to know what you’ve been up to lately. His friends have had to spend more time that they’d like to watching YouTube videos of your latest singing session. You’ve even – shocker – shared their work on your own, personal Facebook page…and you never post on Facebook.

You Get That Feeling

You know the feeling. You remember having it on your first date, where you looked at your partner (then a relative stranger) and felt that excited flutter. It’s never gone away. We like to compare it to the feeling you get when you’re starving at a restaurant and you spy the waiter making his way over with your double BBQ stack burger.

You Want the Same Things

From the very start, you’ve agreed that you want two children – a boy and a girl if possible – with old fashioned names that aren’t too twee. You also both want a double fronted house and a Golden Retriever. It’s important to be on the same page about the big things in life, such as whether you actually want to get married, where you want to live and if you want children or not – if you disagree on these kinds of things it can cause flaws in your relationship.

You Trust Each Other

He says he’s working late, you don’t instantly panic and try to hack his emails. You’ve never had the urge to go through his phone – let’s face it, it’s just boring texts about what time football is on Saturday and pictures of the two of you. He doesn’t need to know your whereabouts all the time and has no qualms about you having your monthly night out with your male bestie from uni.

Do you remember when you were first together and you wondered whether you should suggest going to that gig in three months’ time – is it too forward? Now you’ll happily talk about the big trip you’ll go on to celebrate your fifth wedding anniversary and have no hesitation about booking theatre tickets for a show that’s touring next year.

You Have Similar Interests

You don’t have to like all the same things but it helps to have some similar interests. If you love a wild Saturday night out but your partner prefers a quiet night in with a bottle of red, you might clash in the future. However if your combined passions include Pringles and Masterchef or gourmet food and champagne you’re on the right tracks.

And not just in your head…When you’ve attended a friend’s wedding you’ve been totally comfortable remarking ‘I wouldn’t do that at our wedding’ or ‘I’d have this song when we get married’. Upon hearing such remarks, no one flees the room or breaks out into an awkward sweat.

You Respect Each Other

Everyone disagrees sometimes, but with ‘the one’ they’re just that – disagreements. Not full blown arguments. No one shouts, swears or storms out, you can just agree to disagree.

You’re on the Same Wavelength

Whether without realising it you both turn down separate plans because you intuitively know that Monday night is for watching Game of Thrones in your PJs or if you’ve had a craving for nachos and you come home to find everything you need bought and ready to go – you have a connection about what matters.

You Can Have a Moan

After a hellish day at work or a fall out with your bestie you know you can moan at your other half and they’ll patiently listen. They won’t point out how it could have maybe been perhaps your fault (rude!) or roll their eyes and say ‘this again?’ They know when you need support and offer it.

They Make You Feel Better About Yourself

You don’t look at your partner and think ‘I have nothing to say’. You always have something to talk about, and quite offered the conversation is peppered with in-jokes and your own code words for things.

But the Silences Are Comfortable

You can sit together and not say anything and just enjoy the contentedness of it all. It’s peaceful and cosy and you’re not feeling awkward, racking your brains for something to say just to fill the silence.

You’ve got plans when someone counters with what, on paper, seems like a better offer. However your partner knows there’s nothing better than doing anything with you – regardless of what it is. They make sure you’re the priority.

We’ve all been there – when your best friend isn’t keen on the person you’re seeing and you feel like you’re juggling between them. Or when his mates are less than thrilled that you’re meeting them in the pub. It’s awkward and not nice. When you’re with the one your friends love them and vice versa – because they’re a nice, likeable person!

He’s Seen You at Your Worst

That night you had one red wine too many and the next day he was on hand with a McDonald’s breakfast and sympathy… The time you got the flu and were delirious and he stayed in to make sure you were ok. You’ll seen him battling the worst hangover ever and you still don’t mind kissing him. It’s a good sign.

You Accept Each Other

He knows you’re super messy and you know he’s quite forgetful but you just accept that – it’s what makes up the person you love. No point changing anything now – you’re in it for the long haul.

If you’ve found the one you want to marry and you’re planning your special day together don’t miss 19 utterly romantic ways to personalise your wedding to make it even more about you. 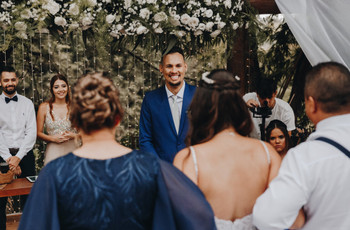 Planning Essentials 12 Things Married Couples Want You to Know About the Wedding... Forget your usual advice, these are the things real couples are desperate to let... 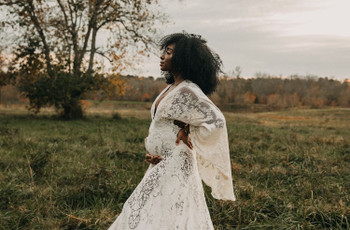 Planning Essentials How to Plan a Wedding When You're Pregnant: The Best Advice... Firstly, congratulations! A baby and a wedding are two major life events that... Planning Essentials 12 Things No One Told You About Being a Maid of Honour You've been asked to be a maid of honour, congratulations! Here are 12 things no... 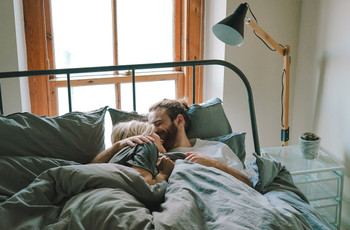 Planning Essentials Which Star Sign Matches Make the Best Couples? Your Ultimate... Want to know which star signs are most compatible and which zodiacs are best to...
See More Articles