By hitched.co.uk 10 August 2018 0
Saved
These real-life stories of terrible wedding guests will make you want to elope. Don't read if you're already of a nervous disposition! 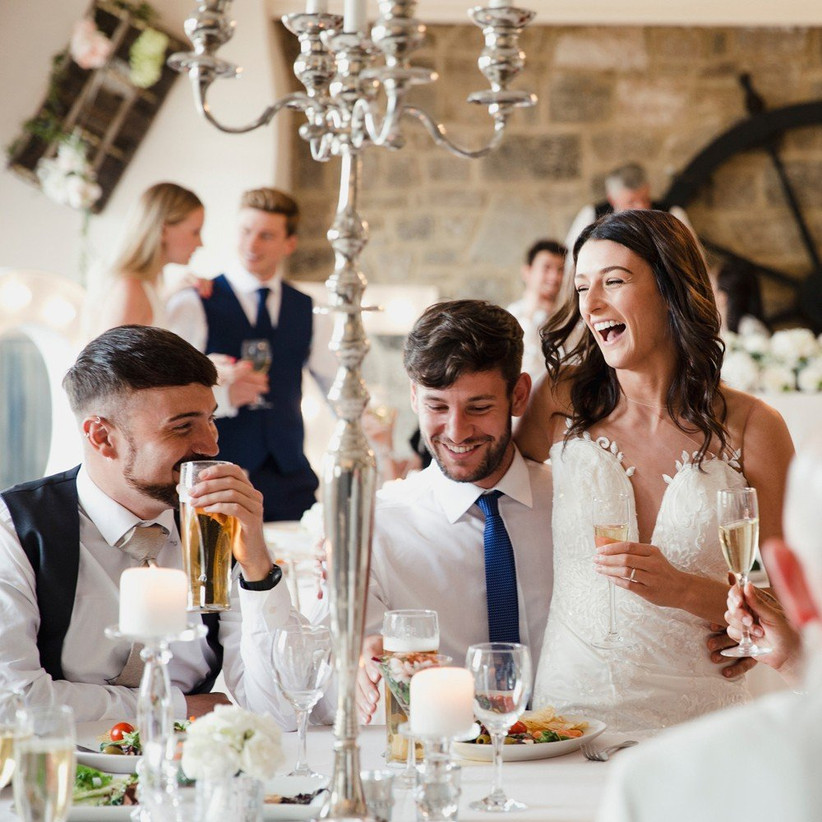 Being a wedding guest is a pretty easy job. In theory your main task is just to turn up, enjoy yourself and help the happy couple celebrate.

Of course, there’s one or two etiquette rules you’ll need to follow (like don’t wear white), but in general, it’s pretty straight forward… isn’t it?

Well, not for some. Steel yourself for some truly awful wedding guest horror stories that will send chills down your spine. 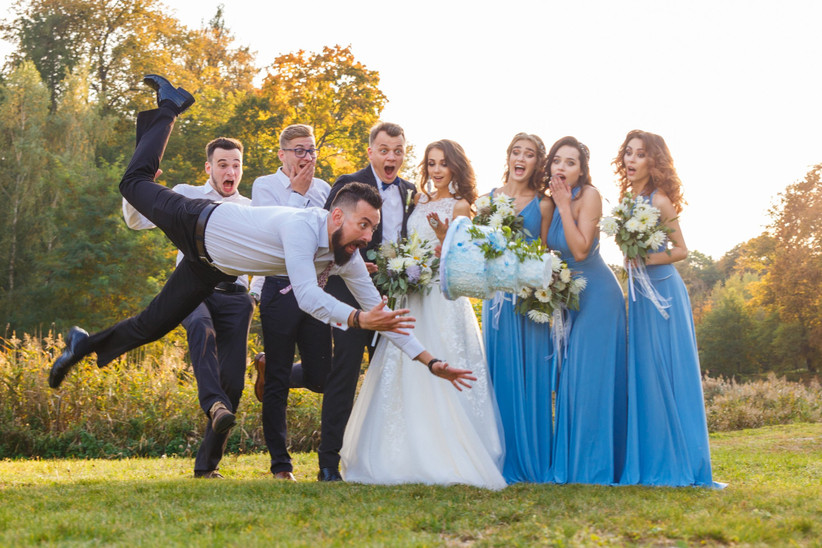 “Friend insisted on a plus one, missed the ceremony and showed up towards the end of the party asking for leftover food to take as her contribution to another party she was heading to.”

Using your wedding as a free takeway? This is one friendship that won’t survive the night.

“My brother’s father-in-law was stealing drink from our bar and loading it into his car. Everyone had a sit down meal after the wedding, but my neighbours did the evening buffet and ran a bar. It was in the village hall. My dad went out for a smoke and caught him loading crates of Brown Ale into his car. The worst thing was that he had a great job, but my dad, who paid for the wedding, had been out of work for 6 months with cancer.”

We almost have to give this father-in-law a pat on the back for his brazen display of theft. Almost.

READ MORE: 11 Types of Guest to Expect at Your Wedding

“My cousin wore a floor length champagne coloured gown to my wedding. From the Phase Eight bridal section. You know, wedding dresses for the bride, not wedding guest dresses.

“Some of my husband’s old uni friends who I hadn’t met before were evening guest only. More than one congratulated her.”

Do we really need to put “no white or actual wedding dresses” on the invite? Apparently so. “A guest invited her adult son AND his girlfriend we’d never met. She didn’t even RSVP to say they were coming, so they weren’t counted for catering.

“To add insult to injury, he turned up in a tuxedo t-shirt. Then sat in an aisle seat, so he’s in every f**king photo.”

We’ll say it one more time for the guests at the back: t-shirts are not wedding attire. The unexpected PLUS TWO goes without saying.

“We flew long haul for our wedding with around 28 guests, so not a large wedding. Best man proposes to girlfriend day before our wedding, which was lovely and special for them, however, best man & his bride-to-be announce it at our wedding and she starts talking throughout my ceremony about her wedding plans, her theme, what she didn’t like at our wedding, how she wouldn’t have a dress like mine etc.

“This carries on throughout meal and the best man speech is about a minute about my husband and the rest about his proposal and how wonderful his fiancee was. Wouldn’t have minded so much if they’d been a bit more tactful (I know they were excited) but she really is an unpleasant woman and has a tendency to make everything about her.”

The mind boggles! Who ever thinks a wedding is the moment to announce their engagement?!

The Mother of the Bride Breakdown

“I was bridesmaid to a great friend. On the day, a couple of bridesmaids were put on Mother of the Bride wrangling duty. Thank God. She tried to commandeer the bridal car to go to the church, to take the bride’s bouquet to pieces to make up a better buttonhole for herself, pinched one of the bridesmaid’s hair ornaments to wear herself, went up to cut the cake instead of the bride and groom, etc. The list was endless.

“When someone finally lost it and called her out she burst into tears and said that it wasn’t fair that the bride was having such a lovely day as she had been such an awful child!” 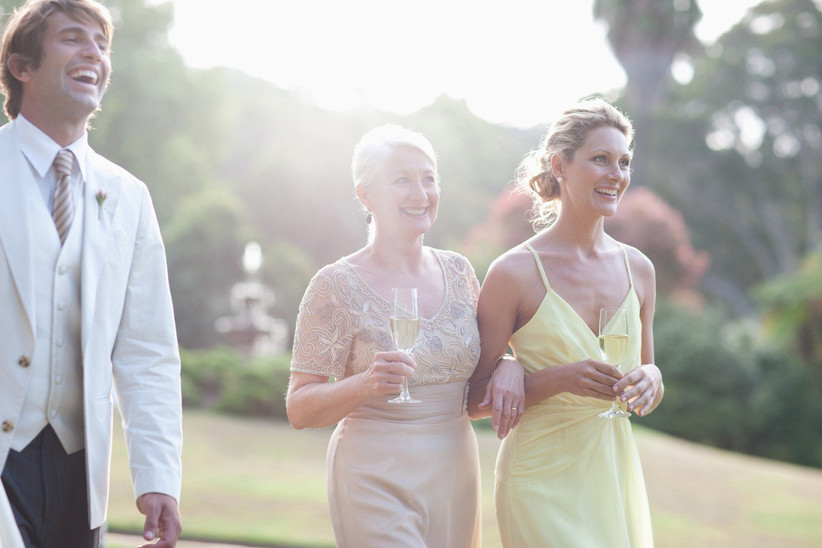 “At my wedding a bridesmaid’s husband got so drunk after drinking all the dregs out of any glass he found (not necessary, it was a free bar) that he spent the evening vomiting into all the empty glasses at a dining table, in full view of everyone. His brother, who was also a guest, took the full glasses away and returned them washed for him to fill again.

“It was disgusting, but also very impressive, he was capable of controlling the flow so that no glass overflowed.”

“One of my aunt’s was caught going through our wedding gifts (mainly envelopes with gift vouchers and the odd bit of cash), apparently she was ‘looking after it’. Yeah, in your particularly capacious tote bag, Auntie Jean.

“When we checked her bag just in case there was anything else in there, we found two glass vases from the table arrangements and an entire round of brie from the not-yet-open buffet.

“One of her sisters had to be forcibly stopped from knocking her block off. At least it made for a memorable day!”

Hats off for the audacity, Auntie Jean. If you could just put back the grapes and chutney for that brie now too…

“At my friend’s wedding her new brother-in-law punched a guest so hard that it broke the chair they were sitting on. Police were called and my friends got a bill for a new chair.”

Probably best not to get on the wrong side of this brother by telling him off, actually. 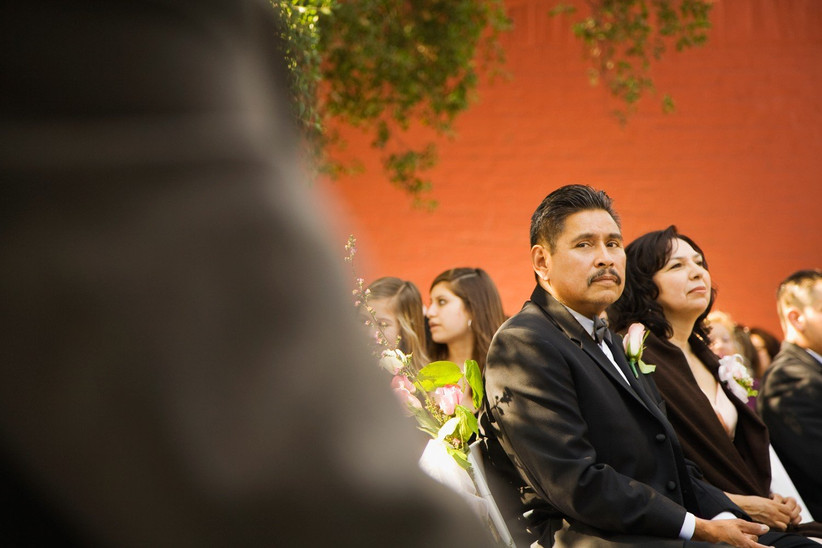 “A friend’s mum ran off with the photographer halfway through the daughter’s reception. That was over 30 years ago and she hasn’t spoken to her mum since then.”

Not sure we hold this against the bride – who knows what else you’ll find on that roll of film?

“I’m getting married next year. My mother-in-law informed us last month that she has photocopied her invite, and forwarded it, along with the menu, to four people we have never met. Apparently they are ‘family friends who always ask after us’. My other half and I have been together 7 years nearly and have never once heard their names mentioned.

“She got a bit of a shock when we told her she either gave us the £300 to cover their attendance or she told them the truth…she ended up telling them we’d cancelled the wedding. Not sure how she’s going to explain the wedding taking place to her ‘good family friends’.”

Strict guest lists exist for a reason – because someone has to cover that cost per head.

READ MORE: The Pros and Cons of a Child-Free Wedding

“We had a ‘no children’ wedding but caved on the reception and said guests could bring them there, just not the church.

“Only a handful took us up on it including one who saw fit to bring her toddler who unbeknownst to us had been D&V (diarrhoea and vomiting)for the past few days.

“Of course everyone in her family kissed and fussed over the cutesy toddler.

“They then hugged and kissed me and my husband.

“We then hugged and kissed most of the rest of the room.

“Around 80% of our guests came down with what in hindsight I’m pretty sure was Norovirus, including my elderly grandparents.

“I got hit worst and couldn’t move out of bed for 5 days, it’s a good job our honeymoon wasn’t booked for another 6 months because I couldn’t have gotten on a plane!”

If you’re sick in any way, please stay at home! It’s better than ruining the honeymoon. 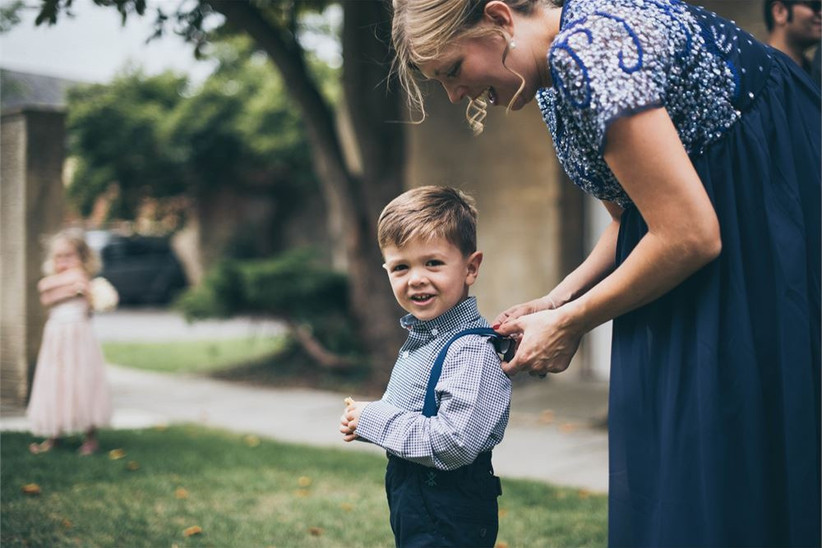 Dress codes are there to help avoid any awkwardness. Ignore them at your peril.

“Someone we know was eating a bag of chips at the back of the church as bride and groom walked back down the aisle, I was a bit shocked when I looked at her, we were having a sit down meal shortly after.”

You’ve probably travelled to the wedding. Just eat your chips in the car before you get in.

READ MORE: Should You Have a ‘No Ring, No Bring’ Policy?

“I was at a wedding where someone had been told in no uncertain terms that their small child was not a bridesmaid. So the mother brought her dressed in a bridesmaid dress, with a bouquet and a hideous plastic silver horse shoe. When the bride was walking down the aisle with her actual bridesmaids, this woman shoved the small child (too young to know what was going on) out from the pew to walk down the aisle with the bridesmaids. The bride gave the child a big fake smile at the altar and sent the poor kid back to her mother.”

PSA: If you haven’t been invited to be part of the bridal party, don’t try to weasel your (or your poor child’s) way in. 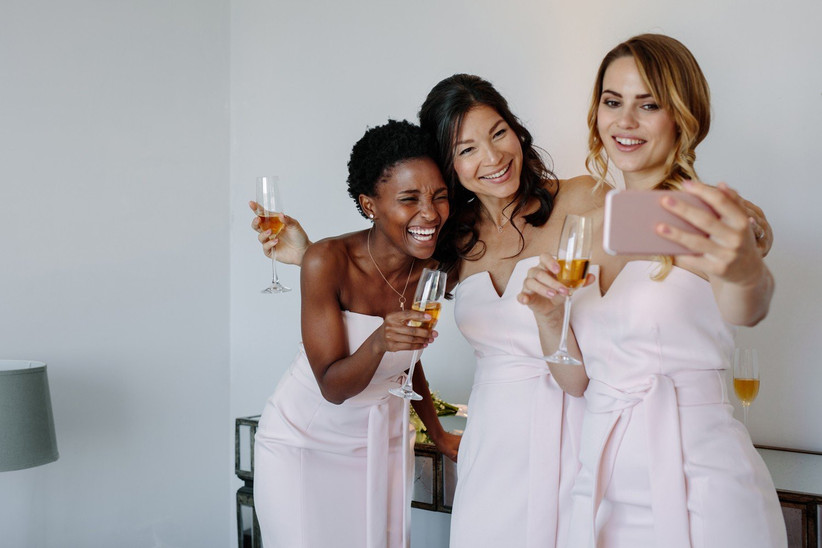 “One of my bridesmaids had sex with the married best man in the loos of the venue and then tried to make a big drama out of it by trying to have ‘an important conversation’ with me about it.”

There’s so many levels of wrong here, but suffice to say, let the wedding be about the bride’s love life only.

“My friend’s sister was getting married and had asked a mutual friend to DJ their wedding. He was also invited to the full day as an extra thank you.

“The day before the wedding he said he could no longer do the DJing as he had to go to work to DJ in a nightclub! But he didn’t tell anyone, someone else found out. He was planning on just not turning up to the evening bit!

“Friend’s sister was fuming and had for fork out to get a last minute replacement.”

How furious would you be if your DJ just decided to not turn up on the night? We can’t believe this guest wasn’t even going to let the bride know!

READ MORE: The 16 Types of Bridesmaid

“Two of my bridesmaids didn’t turn up because it was raining. One of them was the friend who was going to do my dress up. They posted photos on Facebook of them drinking champagne. They were only 10 mins away, it was light drizzle. They just couldn’t be f**ked.

Then my cousin’s children popped every balloon and stole every favour in the first 5 minutes. They also took the wedding cake that was saved for us. I hear it was lovely. “Two friends wore black.“My ex turned up at the ceremony, which was awkward.“And one bridesmaid put all of our friends in taxis to go to a ‘better party’ before ours had finished.”

So much went wrong for this poor bride, we’re surprised she made it down the aisle. You can’t pick your family, right?

If you’re all for being a little relaxed with your wedding, great! Here’s 11 rules you can totally break – but if you’re a guest, it’s best to stick with customary etiquette and follow these 18 essential guest rules. 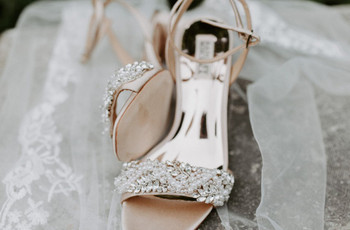 Planning Essentials 22 Something Borrowed Ideas: Inspiration from Real Brides Stuck for your 'something borrowed'? We’re here to help with all of the... 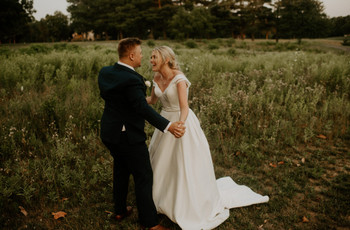 Planning Essentials Real Couples Reveal the 21 Things That Didn’t Matter on... How different couples coped when their wedding plans didn’t quite go to plan,... 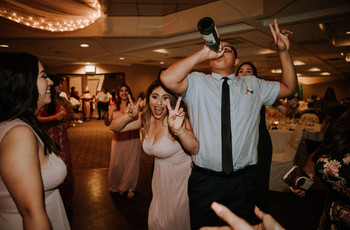 Planning Essentials The 19 Rules All Wedding Guests Need to Follow There are unspoken rules in place when attending a wedding, but not everyone...