When Sami returned to the venue she'd hosted her wedding to watch her niece marry in front of just 30 people, everything she felt about her own day changed. Here Sami explains why Covid can't break the spirit of an Asian wedding

I remember the day clearly. My mum pulled out a notepad and began reading out names of all the people we would need to invite to my upcoming wedding. She’d got to the fiftieth household before I lost it. I hadn’t seen most of these people for years, or just knew of them by association – so why did they have to be invited?

My hopes of having a quiet, intimate wedding, set somewhere elegant and memorable, like the Kensington Roof Gardens, was becoming a distant dream as she continued rattling off names of random people across our community. My (then) fiancé, Jash, wasn’t much help either. It seemed his family had similar sentiments and before we knew it the guest list had risen to over 700.

It would have been easy to blame our families for letting it get so out of control but the truth is most South Asian weddings follow the same format and a guest list as big as ours wasn’t out of the ordinary.

In fact, families who chose to have smaller weddings were usually subjected to rumours (the bride must be pregnant) or risked offending their community (how dare they not invite us when we invited them to our son’s wedding?!). It seemed like the pressure on our families was bigger than my dreams, and so I relented.

Besides, in our culture, parents dream of their children’s wedding day from the moment they are born. They save and plan for years as it’s a great source of pride and happiness for them – who was I to stamp all over that?

Planning a wedding of more than 800 people was quite a feat. Jash and I researched for weeks before we found the perfect venue that could accommodate so many people, yet wasn’t located in the middle of the motorway.

Most Asian wedding venues compromise on location because of space issues. Those that are slightly smaller will often need to have two sittings on the day, so guests are encouraged (i.e. told) to eat and go, making way for the next batch. Hardly romantic.

Feeding 800+ people was less difficult. The Asian wedding catering industry is well equipped for large groups and despite it not being an extravagant five-course meal, the food was good and cheap (bulk buying = decent discount!) so there were happy faces and tummies all around.

Décor and favours were a bit trickier. Even something as simple as an organza bag filled with a few sweets blew the budget when I multiplied it by 800. At the time I worked for a magazine and knew bulk printing was the most cost effective option, so I designed and ordered some prayer cards to place on each plate with a personalised chocolate heart on top. It was hardly Pinterest-worthy, but it was in budget and kept the kids happy.

Was a Covid Wedding Better?

Fast forward to a few years later when I recently attended my niece’s wedding. She had planned a grand Asian wedding, like mine, but Covid had other ideas, forcing her to cull the guest list.

Of course I felt bad for her - she had been dreaming of this day for so many years but the government guidelines at the time meant she could only invite 30 of her closest family and friends. It didn’t help that our family is VERY big and so to invite every relative would have doubled the limit alone.

Her wedding venue was the same as mine, only with a lot less guests, which only amplified the stark contrast between the two events.

The strict guidelines meant that all guests were emailed a week before the big day with allocated arrival times – no latecomers! In fact, everything ran on time and we were even lucky enough to be served food before 10pm (this has happened before at an Asian evening wedding, forcing some hungry guests to order on UberEats).

There was also a table plan – something that you would rarely, if ever, see at an Asian wedding. Guests normally would sit wherever they wanted, ignoring any reserved signs, and then proceed to spend the rest of the event playing musical chairs, moving from one table to another to chat with other guests.

But this time around, everyone had a seat and there was no fear of your chair being nicked when you popped to the loo (this happened to a friend at my wedding).

The children were also under strict instruction to stay seated and avoid mixing. Easier said than done, I know, but now that parents were answerable and risked getting thrown out, they had to take disciplining more seriously.

At another Asian wedding, where there were probably more children than adults, one ravenous six-year-old grabbed a chunk of the wedding cake with her hand and scoffed it down before they could even get a photo of it. This time around, no one touched the cake.

Being back in the venue where I got married and seeing it so empty felt strange. Later that evening, in a bid to relive and remember bits from my own big day, I got out my wedding video and re-watched it.

To my surprise (and slight embarrassment) I realised that I knew most of the people who had attended – none of them were strangers. I even knew most of the guests on my husband’s side as we come from the same community.

Okay, so I wasn’t actively in touch with all 800 guests, but most of them had played a part in my life at some point. There was my Arabic tutor, who taught me to read the Quran, my childhood friend and her mum and dad, who were like second parents to me growing up, and my sister’s best friend and her family, who lived across the road and would invite us over for tea every week.

They were more than just guests to tick off on a list, they were my community. It hit me then that my wedding wasn’t just a big day for the bride and groom – it was an event for the community to gather, some of who hadn’t seen each other for years, to give us their blessings and prayers and enjoy an afternoon of catching up before they headed home and got back to their busy lives.

A big gathering like this isn’t possible right now, and probably won’t be for a long time. Our community hasn’t got together for months, with most isolating within bubbles and protecting their elders and vulnerable.

When I think of it like that, I would do anything to relive that day, and I don’t regret my big, fat Asian wedding anymore. Not a single bit. 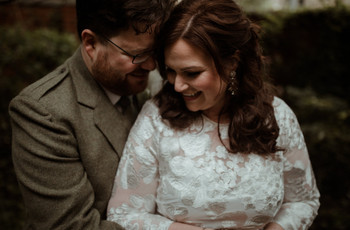 Planning Essentials Meet the Couples Who Preferred Their Small Covid Weddings Scaling down your wedding? These couples did just that and found that their... Planning Essentials Asian Wedding Speeches: How to Deliver the Perfect Speech Giving a speech in front of hundreds of guests? It's natural to be a bit...

Planning Essentials 6 Top Tips for Planning a Stress-Free Asian Wedding Planning any wedding can have its stressful moments - but there are challenges... 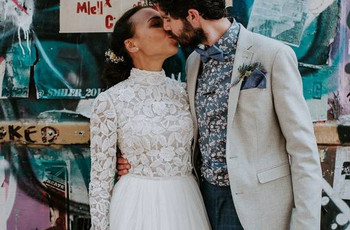 Planning Essentials The 12 Covid Wedding Trends We'd like to Keep We can't wait for weddings to go back to normal. However, there are some wedding...
See More Articles