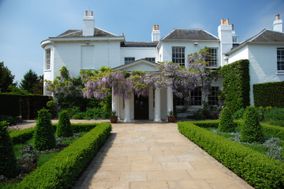 Situated on the highest point of Richmond Park, London, is the beautiful grade II listed Pembroke Lodge, one of the city’s most popular wedding venues. With 11 acres of landscaped grounds, stunning views and over 50 years’ experience in hosting wonderful weddings, it’s easy to see why. Pembroke... (Landmark Weddings East Central London) 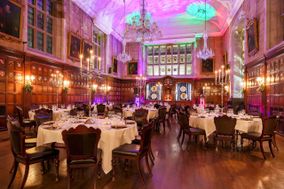 With a country house feel in the heart of the vibrant City of London, Ironmongers’ Hall is a unique and impressive venue for your wedding celebrations. Built in the 1920s, the Tudor-style Hall boasts striking architecture and a warm, inviting atmosphere. The venue is fully licensed to hold civil... (Stately Home East Central London) 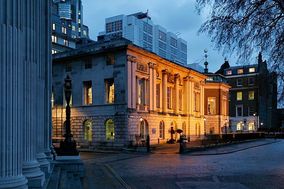 Quite simply, city wedding venues don't get better than this. Located just metres from the iconic Tower of London and the River Thames, Trinity House is an elegant setting for your big day with the ambience of a grand private residence. Designed by Samuel Wyatt in 1794, the House is the working home... (Landmark Weddings East Central London) 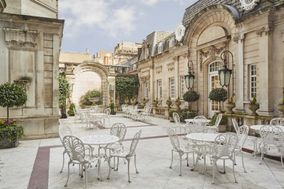 Dartmouth House, voted the best wedding venue in London by the London Venue Awards 2018! The house is situated in the central London location of Mayfair and is the perfect setting for elegant, sophisticated and unique celebration. When you plan your wedding at Dartmouth House, we do everything to... (Stately Home East Central London) 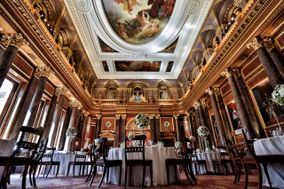 Every wedding is unique and Drapers’ Hall offers complete flexibility and exclusively for wedding couples, with bespoke catering options and inclusive wedding packages that can be tailored to your taste. Couples that choose Drapers’ Hall for their wedding reception will benefit from an incredibly... (Stately Home East Central London)