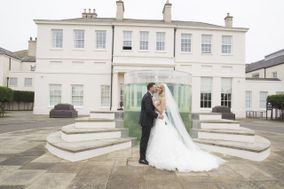 Seaham Hall is situated on the Durham Heritage coastline and was originally built as a grand cliff top home in the 18th century. With over £2 million invested and a team of dedicated staff, Seaham Hall remains one of the most sought after wedding venue destinations in the North East. This 5 star... (Stately Home Durham)

Coastal and Beach Weddings in Durham by Region:

Other suppliers in Durham for your wedding