The Married Lover – by Coventry Patmore

By hitched.co.uk 14 June 2011 0
Saved Save
WHY, having won her, do I woo? Because her spirit's vestal grace Provokes me always to pursue...

WHY, having won her, do I woo?
Because her spirit’s vestal grace
Provokes me always to pursue,
But, spirit-like, eludes embrace;
Because her womanhood is such
That, as on court-days subjects kiss
The Queen’s hand, yet so near a touch
Affirms no mean familiarness,
Nay, rather marks more fair the height
Which can with safety so neglect
To dread, as lower ladies might,
That grace could meet with disrespect;
Thus she with happy favor feeds
Allegiance from a love so high
That thence no false conceit proceeds
Of difference bridged, or state put by;
Because, although in act and word
As lowly as a wife can be
Her manners, when they call me lord,
Remind me ’tis by courtesy;
Not with her least consent of will,
Which would my proud affection hurt,
But by the noble style that still
Imputes an unattained desert;
Because her gay and lofty brows,
When all is won which hope can ask,
Reflect a light of hopeless snows
That bright in virgin ether bask;
Because, though free of the outer court
I am, this Temple keeps its shrine
Sacred to heaven; because, in short,
She’s not and never can be mine. 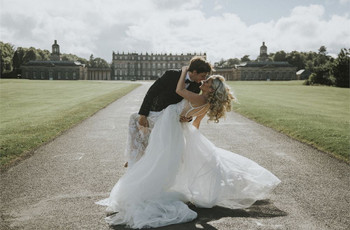 Ceremony and Reception Scottish Wedding Venues: The 22 Best Places to Get Married... From beach-front ceremonies to fairytale castle settings, these Scottish wedding... 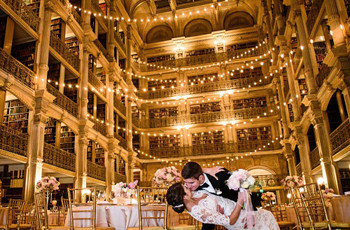 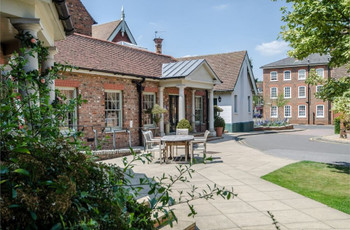 Ceremony and Reception Our Favourite Zoo and Safari Wedding Venues for Animal... Animal loving couples will adore our edit of the best zoo and safari wedding...
See More Articles