About Twist of Rock wedding band

The ultimate rock influenced live band for weddings. Performing all the best pop, rock, indie, funk and soul dance anthems from the 70s to the present day, with their own unique high energy makeover. Guaranteed to get everyone dancing all night. A great band with a rock star vibe!

The band has a lot of experience of playing at weddings and will work closely with you before and during the event to make it a success.

The band was formed in 2019 around Rebekah, an internationally acclaimed female lead singer with a great rock and soul voice. Rebekah has sung on Broadway and has toured the world as a lead singer with several musical theatre shows. The rest of the band are professional musicians who have been members of some of the UK's top rock cover acts. The combination of the band's driving rock style and Rebekah's powerful voice and stage presence will make any event feel special. They are a joy to watch and their cleverly worked interpretations of some of the best loved dance anthems are great for both listening and dancing.

The band is based in the East Midlands and performs throughout the UK. 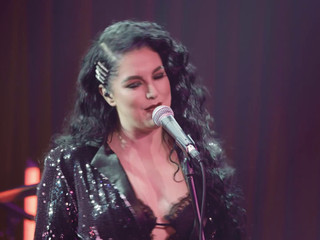 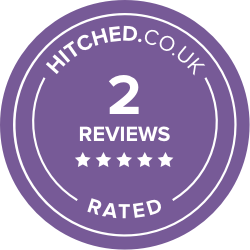